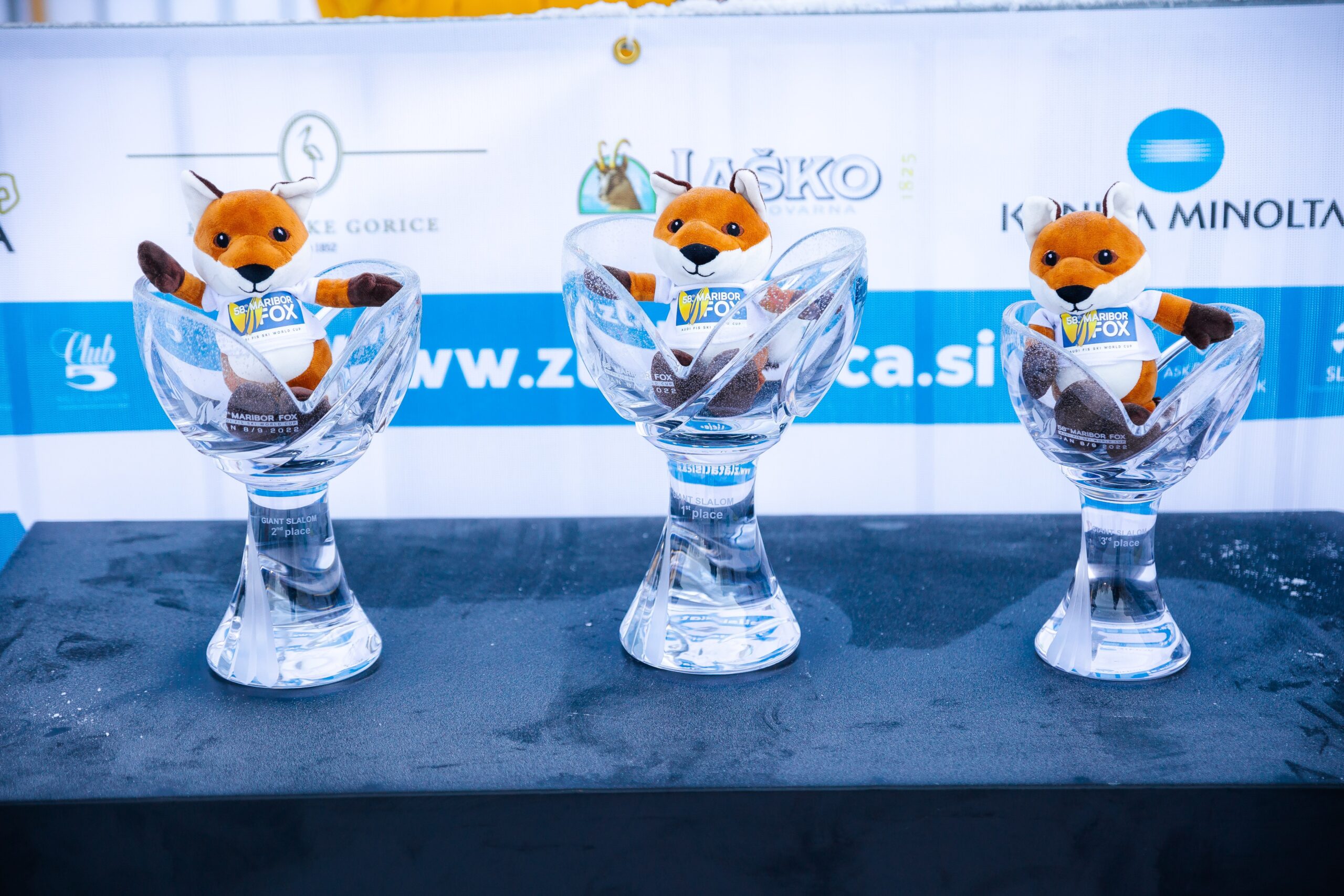 With its crystal masterpieces, Steklarna Rogaška is present across all continents of the world. Hand-crafted crystal products are showcased in cabinets and homes of many distinguished and renowned public figures. Steklarna Rogaška has also been a partner to the top-level Slovenian sports events, such as the Golden Fox.

Maribor Pohorje has been hosting the Golden Fox since 1964 and has been dubbed the celebration of Slovenian female skiing. Even though the Golden Fox competition has changed venues several times, from Maribor to Kranjska gora, and also Badgastein and Sarajevo, the competition is truly at home in the heart of Štajerska. Two world cup races, i.e. slalom and giant slalom, take place on the Pohorje hill at the edge of Maribor. Steklarna Rogaška has been creating beautiful crystal trophies for both competitions for a number of years. Upon the 50 th anniversary Rogaška designed new trophies that have been awarded to the best skiers in an individual discipline.

The perpetual trophy for the Golden Fox has a particular value in the history of the competition, because it carries the names of all current winners. The perpetual trophy is quite spectacular with its fine cuts and hand-engraved names of winners. For the last couple of years, the name of the overall winner has been engraved at the very competition venue.

The record-holder of the Golden Fox race by the number of wins is Vreni Schneider from Switzerland who won 8 times, while her name appears on the perpetual trophy as much as 7 times. Slovenian female skiers have also achieved excellent results over the course of history: in 1988, Mateja Svet celebrated a double victory, winning slalom and giant slalom races, and then another giant slalom victory in 1990. In 1991, Nataša Bokal shared the first place with Petra Kronberger in slalom, and in 1994 Urška Hrovat shared the first place with Vreni Schneider. In 2005, Tina Maze celebrated her victory in giant slalom, then another one in slalom in 2013, while in 2013 she became the overall Golden Fox winner.

To Steklarna Rogaška, designing trophies for top-level sports competitions is very important, because hand-crafted trophies created under the Rogaška brand go to the best athletes all over the world.

Some interesting facts connected to the making of Golden Fox trophies:

ROGAŠKA1665 PARTNER OF PLANICA SKI FLYING COMPETITION FOR OVER 40 YEARS