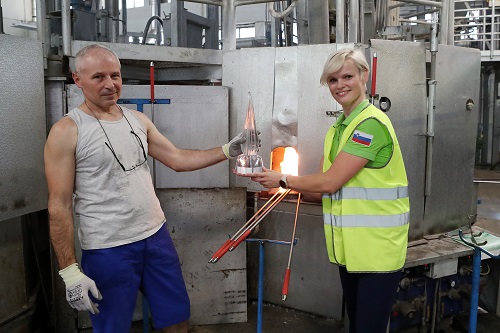 On June 10th 2021 the Slovenian Olympic Torch came to visit the Rogaska factory. Slovenian torch is on a mission to visit all Slovenian municipalities, to spread values of Olympism, connect people, awaken the steel will and inspire. 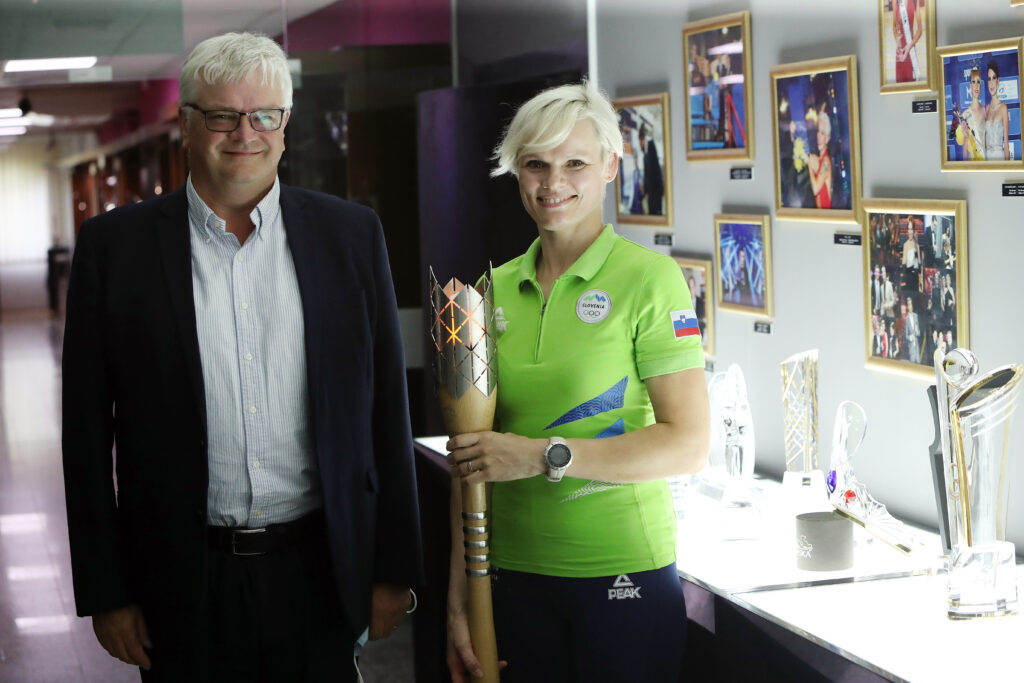 Olympian Urška Žolnir Jugovar, an ambassador of Slovenian Olympic dreams, has brought the torch to the Rogaška Glassworks. She won 2 olympic medals in judo. Gold in London and bronze in Athenes.

The torch was accepted by mr.Jim Walsh. They also visited Rogaska ‘’Hall of fame”, where numerous unique trophies for the best athletes are collected. They also visited the production and met with glassblowers. She tried herself in blowing glass and was quite successful. 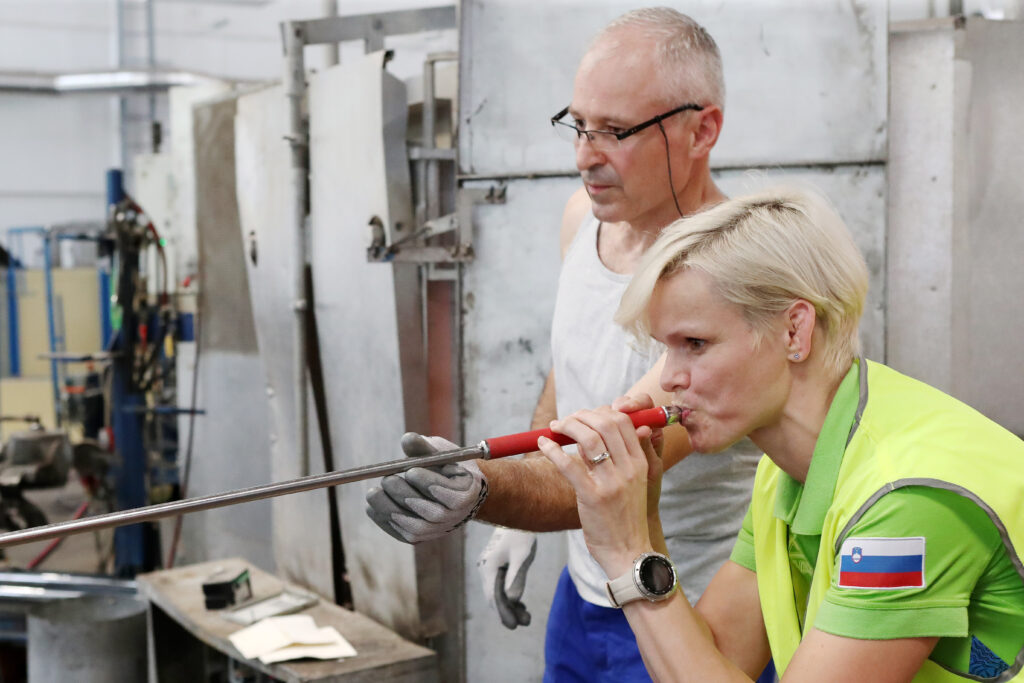 Company Steklarna Rogaška is a proud partner of the Slovenian Olympic Committee and producer of the awards for best athletes in Slovenia.

Slovenian athlets, have been competing as independent nation in Olympic games since 1992. Athletes representing Slovenia have won a total of 23 medals at the Summer Olympic Games (Judo, Athletics, Rowing, Shooting, Sailing, Canoing, Swimming) and another 17 at the Winter Olympic Games (Alpine Skiing, Ski Jumping, Snowboarding, Biatholon and Cross country skiing). 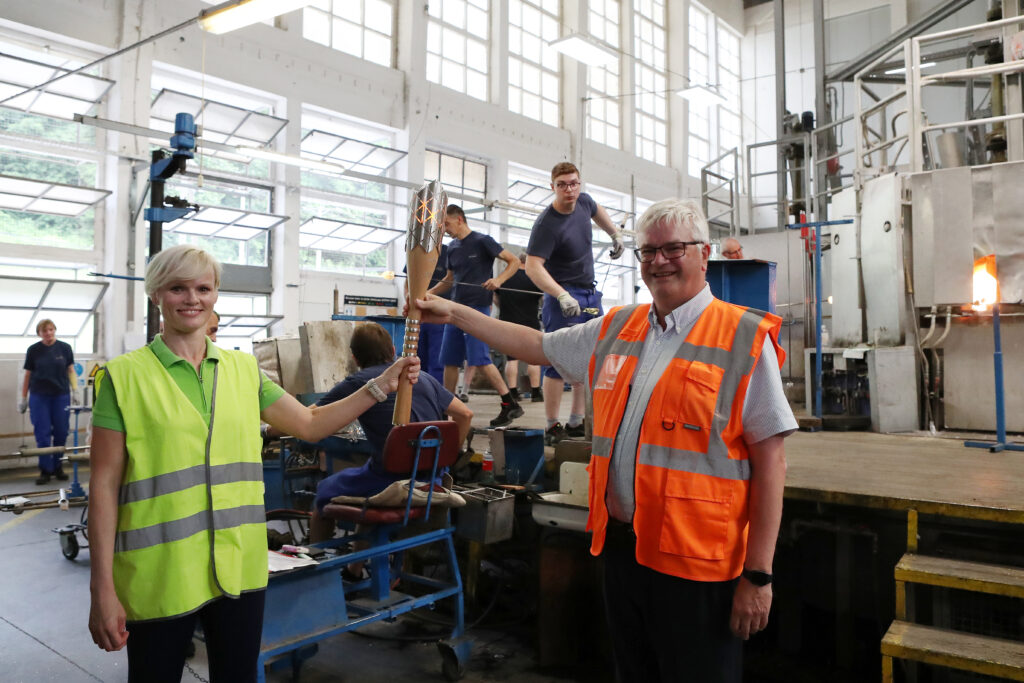