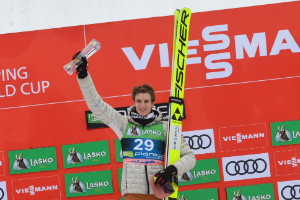 The annual Planica ski-jumping event in Slovenia holds a special place in people’s hearts and minds. This year, unfortunately, without the magical euphoria and without fans from all over the World.

Event in Planica is sport festival and the most popular sports event in Slovenia. Planica united all Slovenians every year and the Slovenian flags in the sky are usually raised as far as the eye can see.

CRYSTAL CROWN FOR THE BEST SKIERS

CRYSTAL STATUE FOR FEMME FATALE 2021 MADE IN ROGAŠKA