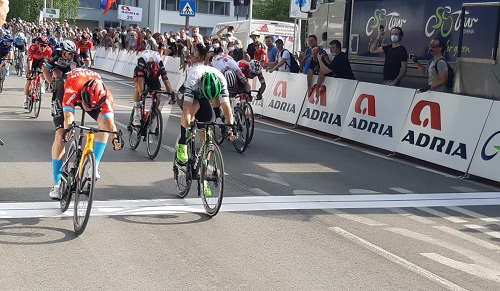 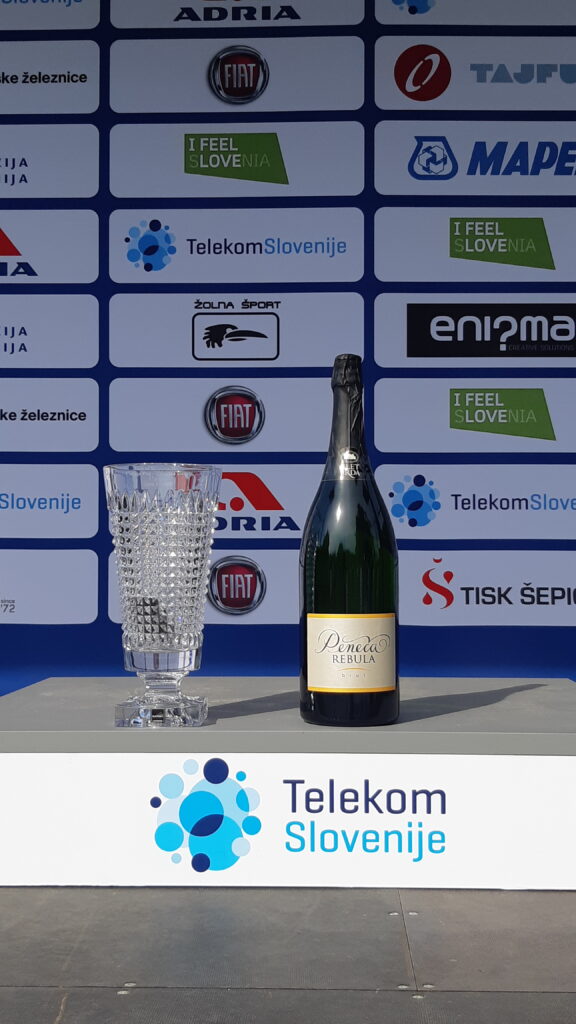 A lot of fans came again to support cyclists in huge numbers. They saw a very interesting and, in a way, classical stage with long breakaway and final sprint of the big group. Sprint in Rogaška Slatina developed according to the Bahrain Victorious plans, they took their leader in the excellent position for the final attack and victory. But it wasn’t easy for Phil Bauhaus, Spaniard Jon Aberasuri Izaga (Caja Rural – Seguros RGA) was very close.

The Tour of Slovenia has a long tradition, and this year will mark its 27th edition, taking place between 9 and 13 June. Tour of Slovenia 2021 is hosting 20 teams with 139 cyclists on a start. A favorite for the overall victory is also Slovenian cycling legend Tadej Pogačar (UAE team Emirates), winner of last Tour the France.

The winner Phil Bauhaus proudly lifted the trophy for the stage victory, which was produced in Steklarna Rogaška. A trophy was prestigious Diamond vase, where diamond cuts creates magnificent reflections. With its timeless elegance, the trophy will bring the recipient beautiful moments and fond memories of victory in Rogaška Slatina for many years to come.

As in previous years, a live broadcast of the tour will also take place on the Eurosport network this year. Between 9 and 13 June 2021, millions of viewers will be able to watch professional cyclists pedal their way through green Slovenia while tackling ascents, descents and flat terrain, and they will be able to admire stunning helicopter footage of the breathtaking scenery.

CRYSTAL STATUE FOR FEMME FATALE 2021 MADE IN ROGAŠKA